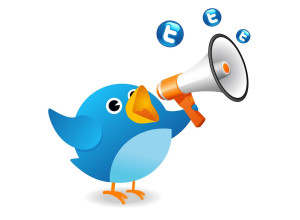 Every second, on average, around 6,000 tweets are tweeted on Twitter, which corresponds to over 350,000 tweets sent per minute and 500 million tweets per day. Don't miss out on this!

The majority of Fortune 500 companies, executives, artists, actors and the who's who of the world have a following on Twitter, with many running into the thousands and millions.

Merely creating a Twitter account isn't good enough if you don't have a large number of followers. In fact, it may show you in a poor light. Your Tweets will have a much wider audience with a larger follower base and a higher likelihood of going viral.

Twitter is the busiest social networking platform on the internet, which is a fantastic opportunity to expand your audience. Merely having a Twitter account isn't enough! You need followers to get your name out there. Can you afford to miss out on this opportunity? Nearly every personality and company that matters is rushing to get on Twitter. Not all of them do it professionally however. This is where we come in. We will create a campaign for you to deliver quality followers to your Twitter page.